Jurong East is an estate located in the West of Singapore with a population of 84,980 as at 2015. Originally, it was where the Singapore station for the High Speed Rail (HSR) project was to be located. Unfortunately, the project has been scrapped by the Malaysian government.

Nevertheless, the estate straddles part of Jurong Gateway, the planned commercial hub for Singapore’s second CBD. According to the Government’s 2008 master plan, the area around Jurong East MRT and its environs will be transformed into a destination for business, leisure and living.

Similar to other residential areas in Singapore, Jurong East has all the amenities and infrastructure in place for residents. Shops, eateries, recreational facilities, and educational institutes are easily found here.

Primary schools include Fuhua, Jurong, and Yuhua, while the secondary schools located here are Commonwealth, Jurongville, and Shuqun.

For sports and recreation, the Jurong East Sports and Recreation Centre offers swimming facilities and water slides, a stadium, gym, and sports hall. Furthermore, The Singapore Science Centre, Snow City, and the Chinese Gardens are all located in Jurong East. The four-storey Jurong Regional Library caters to students and book lovers.

Shopping in Jurong East can be done in malls like J-Cube, Westgate, Jem, IMM, and Bog Box – most daily necessities can be found in these malls. Foodwise, numerous eateries are found in these malls, and that is not counting the many coffee shops dotted around the vicinity.

Medical facilities are not lacking either. The Ng Teng Fong General Hospital and the Jurong Community Hospital provide all necessary medical needs.

Transport wise, Jurong East is served by the Jurong East and Chinese Garden MRT Stations. Jurong East Station is part of the East-West Line as well as the North-South Line. The Bus Interchange at Jurong East has services running to all parts of Singapore, and even to Johor Bahru. Drivers can access the rest of the island via the AYE (Ayer Rajah Expressway) and the PIE (Pan Island Expressway).

Our Criteria for Shortlisting Condos

With an established infrastructure in place and further upcoming developments, what are the condos that buyers can consider? As in any other part of the island, the choices are many, but which are the condos buyers should go for? As usual, our criteria is to look at developments which are already completed and are relatively near to MRT stations.

For Jurong East, our 4 shortlisted condos are J-Gateway, Westmere, Parc Oasis, and The Mayfair.

The newest condo of the 4 shortlisted, J-Gateway was completed in 2017 by MCL Land. Its location is within a short walking distance to the Jurong East MRT Station and the surrounding malls.

Our second condo, Westmere, was completed in 1999 by Capitaland.

Next on our list is Parc Oasis, completed in 1995 by Marcobilt Developers Pte Ltd.

Finally, we have The Mayfair, completed in 2000 by Keppel Land.

The newest is J-Gateway, and understandably, it also commands the highest PSF price among the 4 developments. It is extremely well located in the centre of Jurong East, and very near to Jurong East MRT Station as well as the shopping malls.

Westmere and The Mayfair were completed around the same time, and the PSF prices are very similar, with The Mayfair having more transactions in the last twelve months.

Parc Oasis, completed a few years earlier, commands a slightly lower PSF price, but has the highest number of transactions (totalling 38) in the last twelve months.

In terms of nearby amenities and transport options, J-Gateway is the clear winner. The downside of Westmere is its distance to the MRT station, which is a tad far, albeit walkable. For Parc Oasis and The Mayfair, its main shortcoming is that there are no shopping malls within a reasonable walking distance.

All 4 condos have schools within a 1-km radius.

So which one would I choose?

Personally, I would rule out J-Gateway for 3 reasons. First, its PSF price is almost double that of the other 3 condos. Although its location is uber-convenient, it makes no financial sense to pay top dollar as the other 3 condos are not that inaccessible or far-flung. Secondly, its unit size is not as liveable as the other condos. Thirdly, because it is so central, it can be extremely busy and noisy.

Among the other 3 condos, there is not much differential in terms of the nearby amenities, although Westmere has the advantage of a shopping mall in J-Cube. But being 630 metres to the MRT station can be unpleasant if one is reliant on public transport on a daily basis.

Thus, given a choice, I will probably choose Parc Oasis for its proximity to the MRT Station, and its generous common grounds. Its unit sizes are also the most generous of the lot, and if buying to live in, space and comfort have to be of utmost priority. 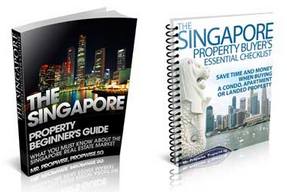