On August 15, the Land Transport Authority and Singapore Land Authority issued a joint press release that Singapore is going to have a sixth MRT line known as the Thomson-East Coast Line (TEL). This is a follow-up on the Jan 2013 announcement about the construction of two new MRT lines previously known as Thomson Line and Eastern Region Line. The two are now grouped into one, with the completion timeline changed from 2020-2021 to 2023-2024.

From 2015 to 2030, there are countless stations being added to the existing MRT map:

2. Building of Downtown Line stage 2, Circle Line stage 6 and possible station between Yishun and Sembawang; and

In the next 16 years or so, no matter which direction you take to travel across the island, you probably can’t help walking or driving past an MRT construction site.

But on the other hand, if infrastructure development is key to economic growth, isn’t that good news whenever we see the little red dot adding another terminal, a new expressway, more ERPs and additional MRT lines?

Projects near to the Thomson-East Coast Line

Calvin Yeo, Managing Director of DrWealth, has written a post on projects in the East that will benefit from the new Thomson-East Coast Line. However, I have reservations whether owners of the nearby development are sitting on a goldmine, at least not in the coming few years, for the following reasons:

1. It is just another project next to the MRT station

When all the new lines and extensions are completed, the MRT map will look like this: 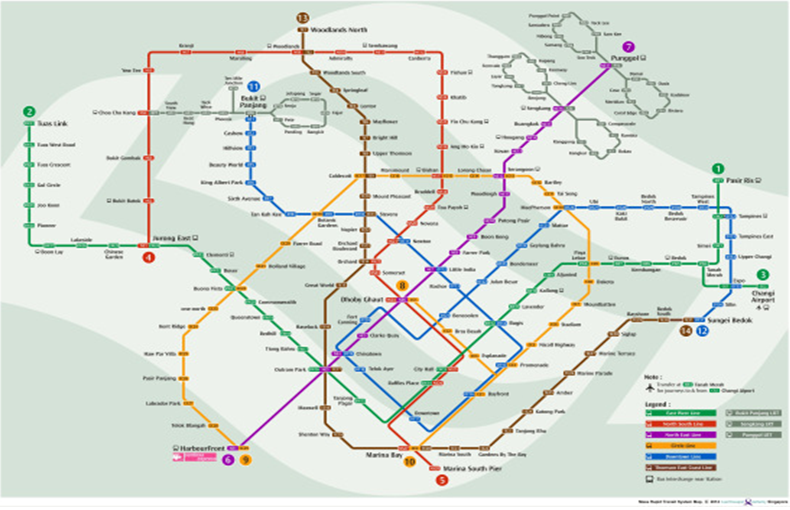 The network includes 6 rail lines, 28 interchanges, 146 MRT stations or 186 stations with LRT stations. (Gosh I hope they won’t include a compulsory test on the sequence and spellings of all MRT stations in the PSLE, or the application for permanent residence or citizenship.)

The fact is, by 2030, one can hardly find a residential area in Singapore, regardless of whether it is in the CCR, RCR or OCR, not covered by an MRT line or unreachable by an MRT station. (Read more about the pros and cons of staying near an MRT station in my earlier blog post ‘Should you buy near to the new MRT lines?‘.)

2. It must coincide with a property boom

In 2009, when the building of Downtown Line stage 2 was out, optimism coupled with speculation drove the COV of HDB flats in Bukit Panjang up by 10 percent in a year’s time. TODAY interviewed property agents who claimed that the COV was up from $25,000 to $40,000, with the highest COV escalating to $120,000 for a five-room flat. Developers also launched a few condominium projects near the future Bukit Panjang station asking for premium prices.

But in February 2014, Bukit Panjang HDB flats led the drop with almost the biggest drop in overall median COVs among all the districts, according to research by SRX.

It shows that property prices in the proximity may have a short-live surge reacting to the news of a new development plan, especially amid a booming market. But prices will still drop together with properties in other districts in a bear market.

And by the time the infrastructure is finally completed, the convenience of being situated next to an MRT station may have already been reflected in the raised prices. Whether prices can climb higher depends very much on the market sentiment and the performance of the property market at that time.

3. It is affected by supply and demand

Do you notice that the East Coast is getting a bit overcrowded these days? With developers’ unceasing construction of new condominiums, landlords are beginning to feel the keen competition in rental. It is getting more difficult to find new tenants now and vacancy rate is high for some projects.

On the other hand, traffic has worsened on the East Coast Expressway over the years, especially during peak hours. The TEL is meant to serve areas not near to any East-West Line station and to relieve overcrowding in existing stations. After all, these are the two major objectives of the government building the new MRT line, which has nothing to do with helping resale prices or rental rates of properties there.

4. It has to endure the pain before the gain 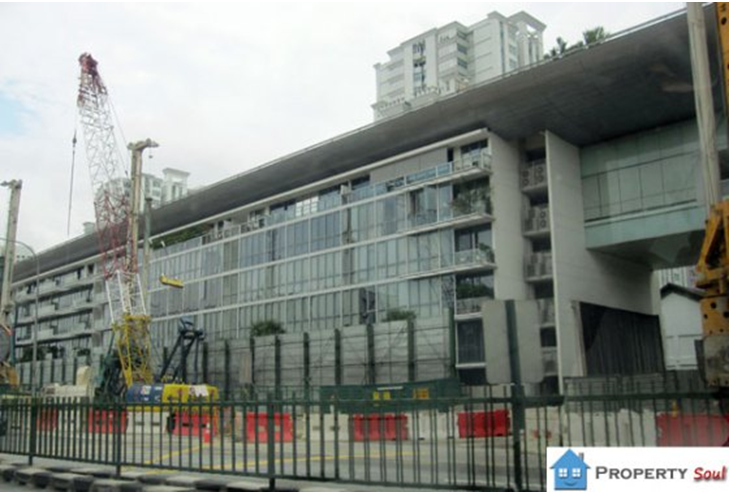 TEL stations are designed with more entrances and exits. So expect more construction sites on the ground. For the coming eight years or so, residents staying near the planned MRT stations will have to put up with air and noise pollution from the construction, coupled with unavoidable traffic jams from road diversions and moving of heavy vehicles. They also have to prepare for construction work continuing into the nights and weekends.

For the next few years, you can imagine the difficulties when owners are looking for tenants or buyers for their properties. And don’t forget that the year of completion is just an estimation. Construction work can be delayed due to resident complaints, labor issues, etc.

Residents staying nearby can only pray that, while the new MRT line aims to shorten the time to ‘downtown’ for commuters, the authority can shorten the property ‘down time’ for owners too.

When the TEL line is finally completed, for the convenience of an MRT station at your doorstep, it may still be worth the wait. But it will be almost 10 years from now. Who knows? By then we may have already seen one or even two property cycles.

If you are interested to buy near the Thomson-East Coast Line, take note of the pitfalls and time your purchase strategically. And make sure that you have the holding power to hold the property for the long-term.